What is the problem?

In Vietnam, the government has set the target of recycling at least 15 per cent of waste by 2025. However, most households don’t separate their waste at source and deposit both recyclable and landfill waste together at roadside and official dumping sites. Official waste management services are provided by a complex ecosystem of both public and private actors. But when it comes to recycling, it’s the hundreds of informal waste workers who make a significant contribution helping to divert waste from landfills across the country. These workers, mostly women, separate out materials such as cardboard, metal and plastic from other waste and take them to collection centers. Their contribution remains largely invisible. This makes it difficult for the government to fully understand the recycling opportunities and vulnerabilities of the waste management ecosystem, which is vital for achieving its policy target.

What did the Accelerator Lab and partners do?

The Lab used participatory sensing, GIS and field interviews of informal workers to better understand their role in the waste management system in Da Nang city. Overall the team worked with 80 waste workers over the different stages of the project. From this larger group, the team recruited nine, attaching GPS trackers to their bicycles, to map the routes they took through two districts: Hoa Vang (a rural district) and Ngu Hanh Son (an urban district). A local social enterprise, Evergreen Labs, helped the team to add detail about local waste infrastructure to these maps. This included marking the locations of dumping sites (both official and illegal), recycling collection centers and larger waste aggregators. Conducting interviews with informal workers also helped the team to understand the concerns and drivers of behavior.

Figure 5
Example of one of the route maps

The black line represents one of the routes taken by informal workers, while stars indicate the locations of municipal and community collection sites. 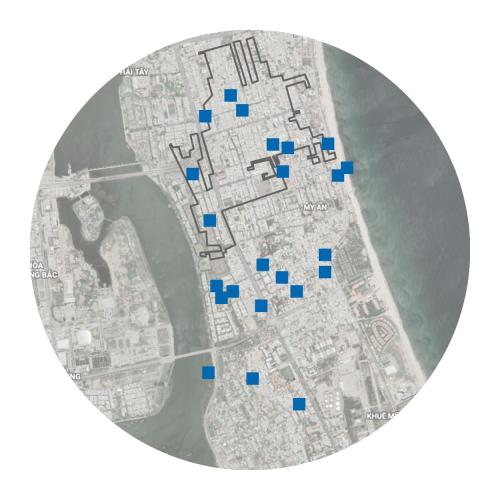 What was the benefit of using collective intelligence for this issue?

Overall, the team created 39 maps of the waste-picking routes. By marking 165 dumpsites and 56 aggregators on these maps, they created the only overview of formal and informal waste management infrastructure in the surveyed areas. In combination with the GPS route tracking, the data revealed that waste workers covered official dumpsites, as well as smaller alleyways and roadsides which aren’t served by municipal collection services. Through the interviews they discovered that workers relied on ‘waste contacts’, such as individual households and businesses who reserved waste for them. Interviews also brought to light the self-perceived upsides of this type of work, notably the flexibility of the job, which allows informal workers to fit their work alongside other responsibilities, such as caring for family. The data generated was used to inform the ongoing work of the UNDP’s Climate Change Unit, which has partnered with women’s unions across the country to create recommendations for local politicians about integrating informal workers into the official municipal waste management system.

The team will use storytelling workshops to share the findings of the study with the informal workers who took part in the route-mapping and interviews. These workshops will bring informal workers who typically operate independently, together with others in the community, including local women’s unions and scrap owners, to develop new collective strategies for economic resilience. This is an important step in collective intelligence design: closing the feedback loop to ensure data and insights empower rather than extract. Looking towards scale, the Lab and wider UNDP team have started working with DNES, a government-run incubator in Da Nang, to establish a new hub for the circular economy. This initiative will help to stimulate innovation that addresses issues of waste management and recycling more broadly across the country. 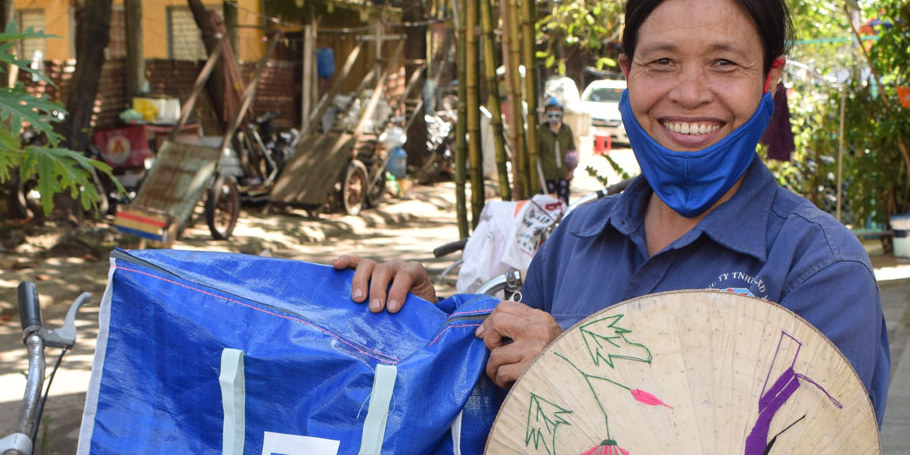 What does this experience tell us about collective intelligence design?

Making informal activities visible risks increasing power disparities and tensions between underrepresented groups and official institutions. These challenges can manifest in a reluctance to engage with international organizations and provide data or information. Initially, the Lab found it challenging to recruit waste workers to take part. They overcame this challenge by creating incentive structures that appealed to participants (small financial rewards) and conducting interviews in collection centers where the women typically took their breaks. Adapting the design to suit the routines of the workers made it easier for them to participate, and helped build relationships over time.