As the scale of environmental issues surpasses available monitoring resources, collective intelligence methods like citizen science and in-situ or remote sensing methods have been gaining traction.

Groups of volunteers working with scientists, sometimes using satellite or sensor data, can extend the capacity of the government to gather and share important data. There are three key collective intelligence methods that are helping to build a more granular understanding of on-the-ground conditions needed for responsive policy making, interventions and services: 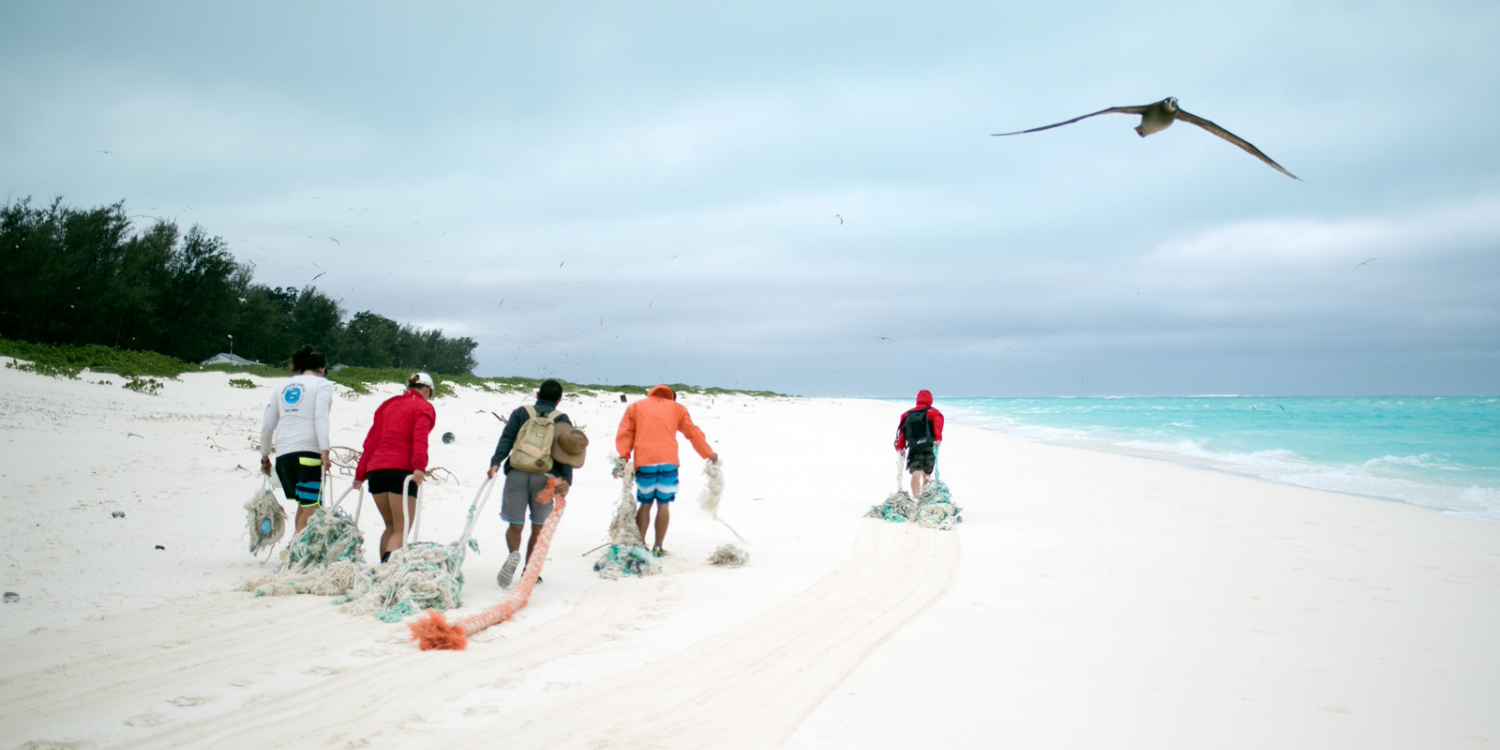 Citizen science relies on the enthusiasm and willingness of ordinary people to help with tasks ranging from measuring air or water quality to cataloging flora and fauna or analyzing satellite photographs and making maps online after a natural disaster. This breadth of options means that individuals can choose how to contribute based on the time they have available and their personal interests.

The eBird platform, which was first developed in the US and is now a global movement, allows a dispersed volunteer community of bird watchers to collect vast amounts of data –
with more than 100 million bird sightings contributed annually. This is used by researchers and conservation groups to track population trends, identify important sites for protection and better design plans to help protect endangered species. eBird data contributes to hundreds of conservation decisions and scientific articles, as well as helping to inform bird research around the world. For example, eBird Argentina is being used to track local populations of the Torrent Duck, a species predominantly found in South America whose global numbers are declining.

Citizen science has broad application across the SDGs, but particularly so in helping to monitor air quality and environmental degradation. In recent years, the number of initiatives has proliferated. The Marine Debris Tracker, enables citizens to document and geolocate marine plastic pollution using an app. OpenLitterMap does the same for all forms of waste. AppEAR brings together communities in Argentina, Ecuador and Peru to study freshwater aquatic environments. sensors.Africa is a pan-African community that uses low cost sensors to monitor air quality in places like Nairobi and makes that data available to journalists, civic watchdogs, citizens and governments to help push for tighter regulations.

In 2020, UNDP Argentina, set out to monitor the street-level fluctuations in air quality in Buenos Aires through its Accelerator Lab. The goal was to understand the typical exposures to pollutants for urban residents, that official monitors fail to capture. The team partnered with open-seneca, a worldwide network of citizen science projects that measures air quality using low cost sensors. They built the sensors with 80 local university students and used an open call to identify 20 local cyclists who could measure pollutants during their routes over a seven-week period. The project has inspired multiple pilots in other Argentinian cities, and the team is working with local and national policy makers to increase the functionality of the sensors allowing measurements of noise and temperature to inform urban planning decisions.

Collective intelligence projects also frequently draw on Earth Observation (EO) data from satellites, data from in-situ sensors or mobile phones to measure changes in environmental conditions. This data is sometimes combined with citizen-generated observation data, or volunteers are recruited to help analyze or validate them to make them more usable for research or policy.

Regen Network is a technology start-up. It uses satellite, sensors and on-the-ground observation data to understand current ecological conditions. Farmers are incentivized to experiment with new approaches to improving the ecosystem – like carbon sequestration, cleaning waterways or increasing biodiversity. The sensor and observation data helps farmers to monitor the progress of their experiments in real-time, and learn what works best. At present Regen is being deployed in Ecuador to help cacao farmers adopt regenerative agriculture practices in place of monoculture, and in Barbados to help a former sand quarry which has been reforested to quantify conservation and land regeneration outcomes.

Global Forest Watch and Global Fishing Watch are two other initiatives that provide real-time monitoring for the environment. Global Forest Watch helps conservation groups and policy makers monitor deforestation using satellite data and data from people on the ground. It has been used by companies like Mars to evaluate its palm oil suppliers and make decisions about where to source from. The Amazon Conservation Association uses it to provide governments with timely information on illegal gold mining or logging, enabling them to take action within 24-48 hours of receiving an alert. A new study has found that active monitoring of forests in Central Africa using satellite data reduced deforestation by 18 per cent. Global Fishing Watch helps to identify illegal fishing by combining government data on commercial fishing fleets with data from automatic identification systems (AIS) that large ships use to broadcast their position. In 2020, the platform was being used by the US Navy and Ghana Navy to assist with fishing patrols, and by researchers to identify illegal ‘dark’ fishing fleets off the North Korean and Somali coasts. Both platforms make their data free and available for researchers, journalists, campaigners and governments.

Other examples of this application of collective intelligence include Rainforest Connection, which uses acoustic monitoring to detect the sound of chainsaws, logging trucks and gunshots that could indicate illegal logging activity. Old mobile phones with an extra microphone are attached to trees and hidden in the jungle. They stay charged and listen 24 hours a day, powered by solar cells. The phones record all sounds in the forest, process the data and send it to the cloud, where it’s analyzed in real time. Machine learning and data analytics help distinguish sounds like a chainsaw from background forest noise and identify other patterns that might otherwise go undetected – including the presence of endangered species. Text alerts are automatically sent to authorities who can determine if the activity is illegal and then stop it. So far, the Rainforest Connection has been used in Cameroon, Ecuador, Peru and Brazil.

The people in affected areas are often the best source of information about environmental hazards. Their collective intelligence is increasingly being activated through bespoke citizen reporting tools, or by web scraping social media data where people are already sharing information, to enable more agile responses.

In Ukraine the open burning of waste is a widespread practice, with deep roots in its culture and agricultural economy. To understand the scale and locations of open burning across the country, the Accelerator Lab of UNDP Ukraine created a near real-time map of open burning across the country. They used novel data sources including satellite images, GIS, and citizen-generated reports of fires to produce an interactive dashboard. They then worked together with community groups from across the country and local policy makers to interpret and discuss the data over a series of ten online meetings. They also mapped over 367 individuals and organizations who were already composting waste as an alternative to open burning – demonstrating that local solutions already existed.

Haze Gazer is a crisis analysis and visualization tool created by UN Global Pulse Lab Jakarta to provide up-to-date information on fire and haze hazards in Indonesia. It uses advanced data analytics and data science to mine open data, such as fire hotspot information from satellites (from Global Forest Watch), as well as citizen-generated data from Twitter, Instagram and YouTube to understand how the affected communities are responding. The Haze Gazer system is now installed in the Executive Office of the President of Indonesia. 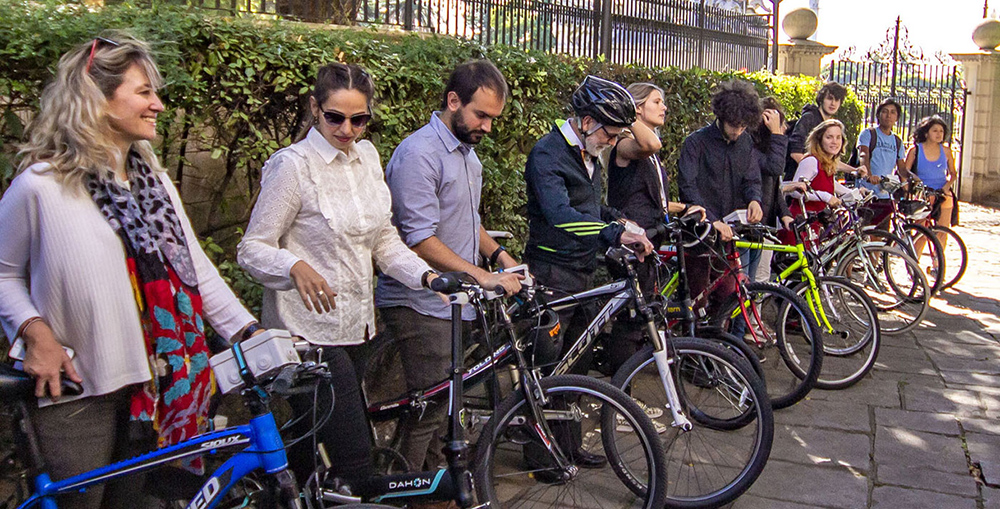 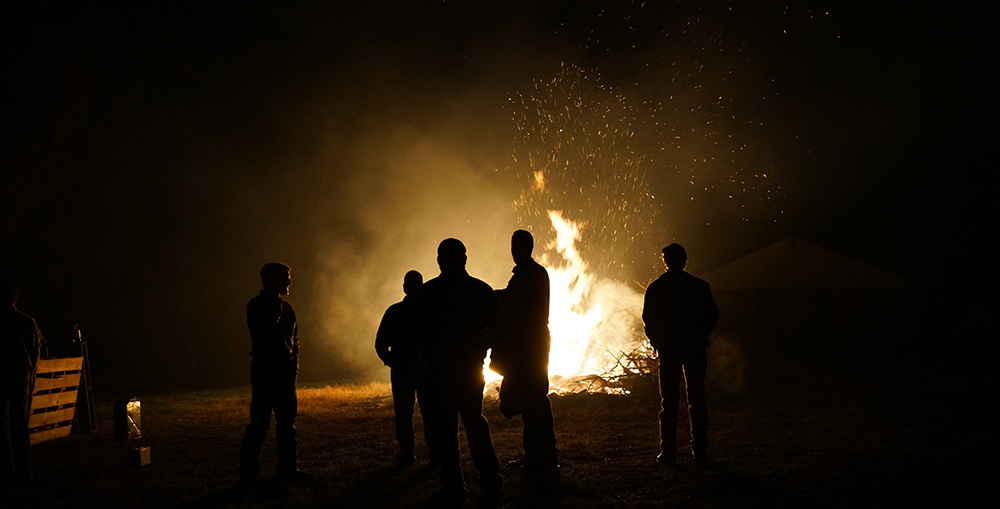